The old site did not allow the client to be able to edit anything themselves (and certainly not easily). They also wanted to have a visual separation of areas, even though there were tabs for those areas. The client wanted it more obvious that you were in a different section. The design was also 4 years old – in need of an update. 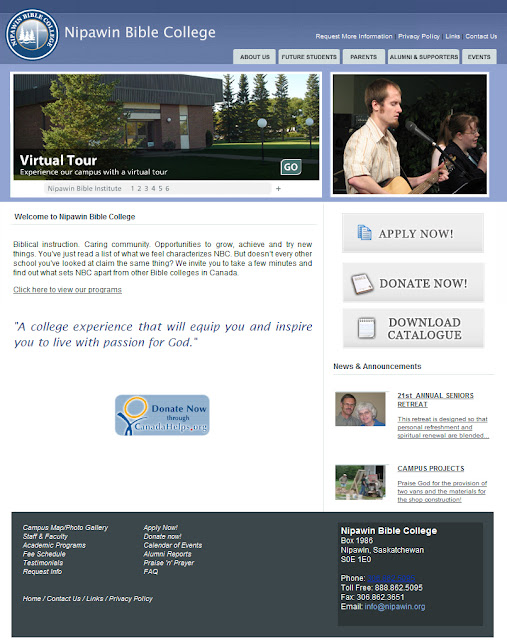 The new site is built in Joomla with separate access for the client and the alumni to edit so the alumni has no access to the main site.

The initial wireframe was presented to the client: 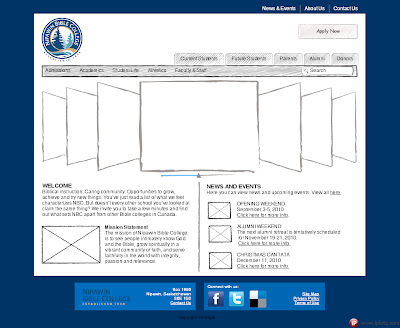 After a few modifications, the current layout and design was made into a reality: 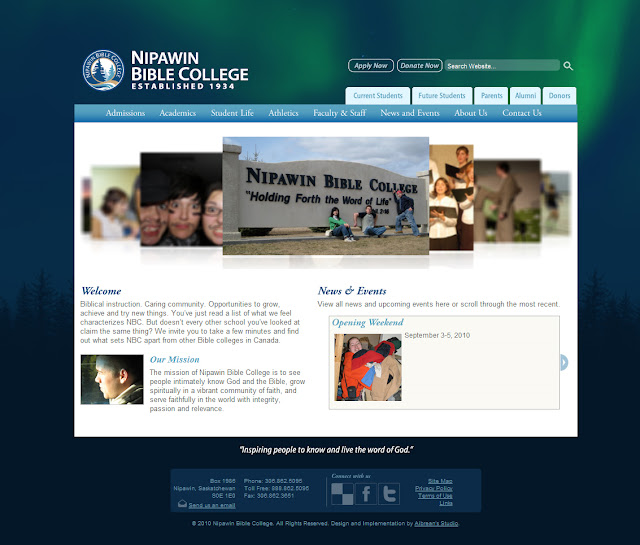 Everything on the front page is fully editable, including the flash image slider (XML-driven) and the news scroller (jQuery – client can edit in the article). An added feature was the search button which will give results for the entire website. Each tabbed section has a different background and some have varied color schemes. 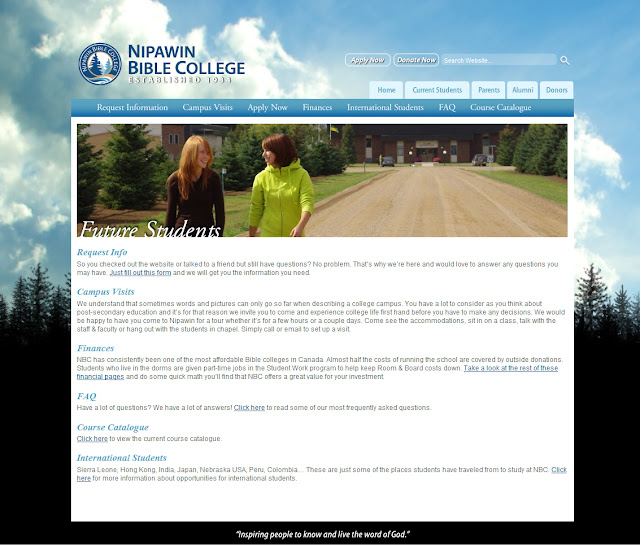 Check it out at www.nipawin.org.